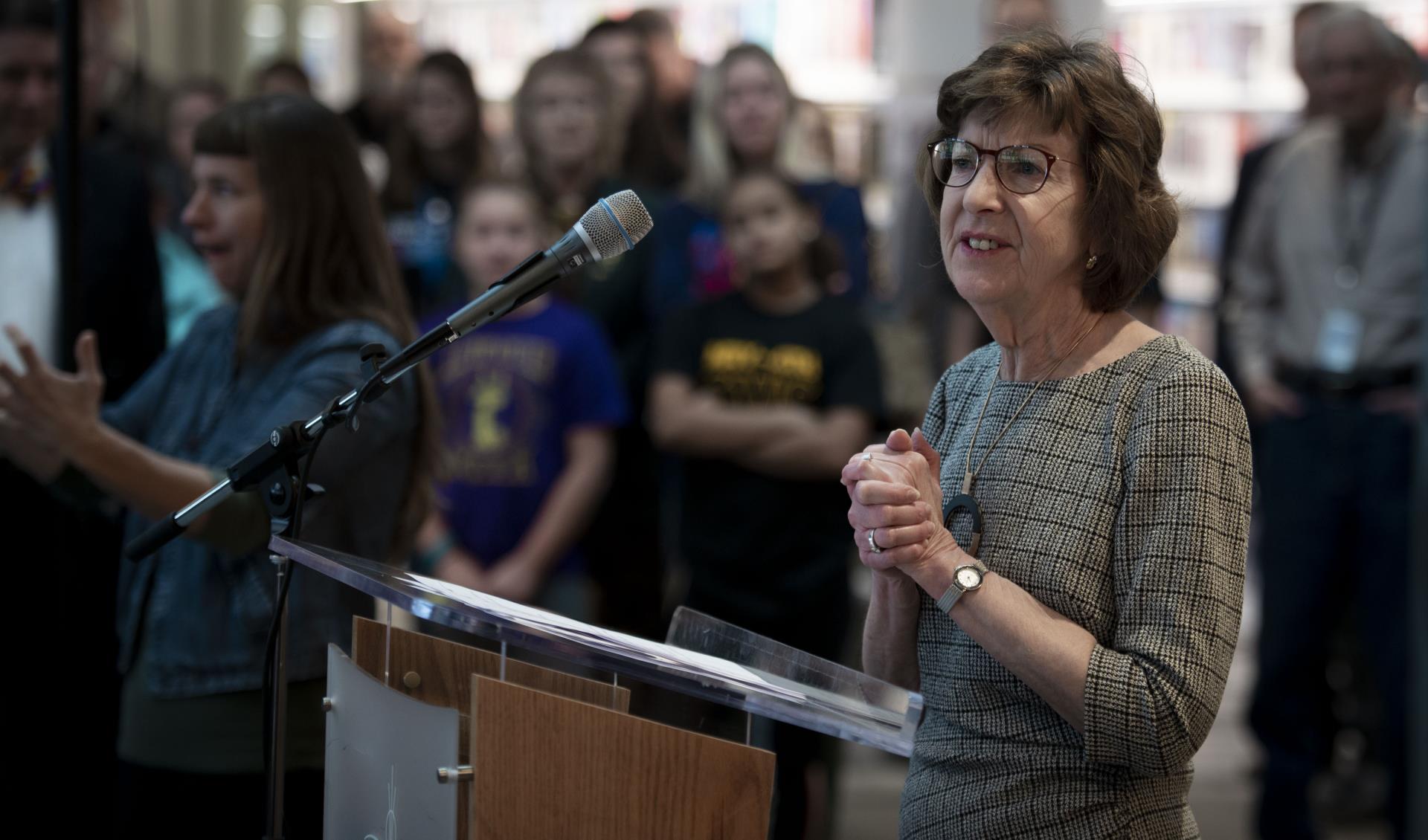 Olathe Public Library Director, Emily Baker, is retiring this December after 35 years of service. Emily began her career at the Olathe Public Library in May 1984 as a reference librarian becoming the library director in 1995 after serving as the library's first assistant director. During Emily's tenure, she has witnessed or has been a part of many changes in the library. The Downtown library was remodeled in 1996 to accommodate more data and electrical power for new burgeoning technology. In 2000, the Olathe Public Library expanded to two locations with the opening of the Indian Creek Branch. With two locations, library service in Olathe has continued to grow with more than 500,000 visits each year and more than 1.5 million items checked out annually. This demand prompted the need for an expansion of library facilities. 2019 saw the opening of a brand new Indian Creek library and plans for a new Downtown location as well.

The Olathe Public Library Foundation and the Friends of the Library both had their start under Emily's tenure expanding the library's offerings with their tremendous work in support of the library.

Other changes Emily has seen in her time at the library include the conversion of the card catalog from drawers to an online version and library collections expanding beyond print to include such things as CD-ROMs, movies (VHS and DVD), music, video games, museum passes, and tools. With the advent of the internet, the landscape of library services has changed in a myriad of ways, beginning with just one connected computer for public use to today's ability to checkout the internet via a mobile hotspot.

Join us a we celebrate Emily's achievements and her unwavering support of the Olathe Public Library, the City of Olathe and its citizens.